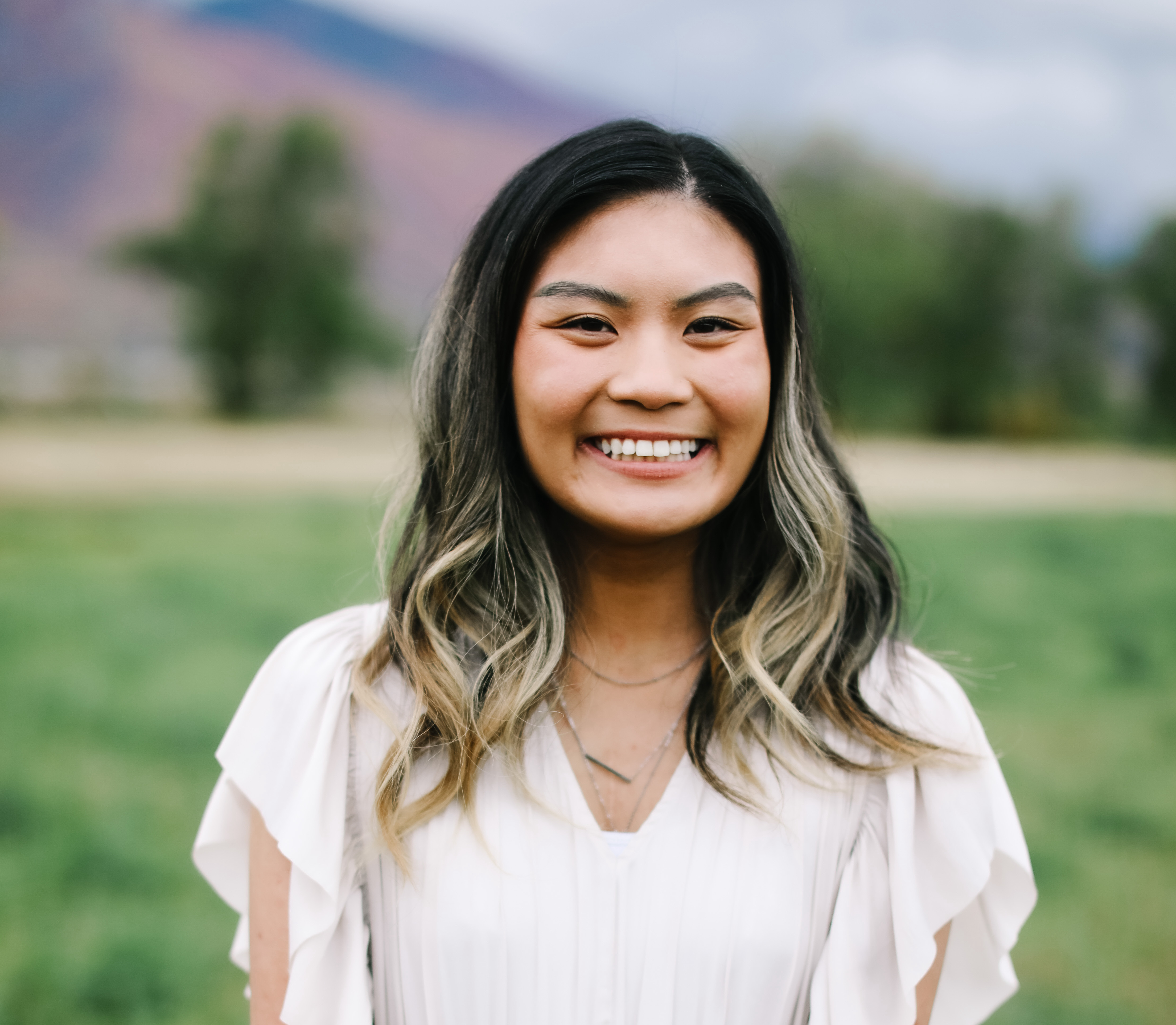 We don’t speak enough about the amazing people behind Skill Struck’s platforms. Every person at Skill Struck has an incredible story of perspective, priority, and passion.

In this blog, we’d like to highlight Colleen King–or as we like to call her, “Codelleen.” Colleen spends her days coding and improving our platforms so that they’re more accessible and equitable for students and teachers.

To really understand how Colleen’s and Skill Struck’s missions align (to inspire creators, grow problem solvers, and strengthen communities), you first have to understand her story.

$20.00 and Hope For Better Opportunities

Before Colleen was born, her parents decided to migrate to California from the Philippines. They came with $20.00 US dollars, four children, and hope for better opportunities for their family.

For the first couple of years, they lived in a friend's garage with their four children. Both of Colleen’s parents worked hard to move into their first one-bedroom apartment in Los Angeles and later were able to purchase their first home where Colleen was raised.

Colleen’s parents’ sacrifices and hard work have motivated her to pursue a college education and become a coder.

“They encouraged me to get an education,” Colleen said. “They always told me to dream big, work hard, and do the things that you need to do to fulfill your dreams. They also taught me the importance of having a balanced lifestyle, where family is put first.”

When we asked Colleen why she was drawn to coding, she put it simply:

“Why not coding,” she said. “It’s creative, it’s fun, and it teaches problem-solving. It’s helped me grow as a person.”

Colleen has always been pulled toward creative exercises. She loves painting, drawing, and doing calligraphy for fun. She’s found that coding is another way to express herself creatively.

Growing up, Colleen also felt like she had to be perfect always. It was difficult for her to fail or be wrong. In some ways, that perfectionistic mindset made her work really hard in the classroom–harder than most. As a result, she was the Valedictorian of her class.

When she started coding, her love-hate relationship and perspective with perfectionism shifted. She started to learn the benefits of learning how to fail and working through that failure.

“Coding was the first place I felt safe enough to fail and be wrong,” she said. “It’s one of those things where failure is inevitable. You will have errors and come against things that aren’t working. But, that’s okay. There is a different way around that failure, and you can solve it. It’s okay to not know the answer right away.”

To Colleen, being a coder combines her passion for creativity with her love for learning to grow through failure.

Hurdles in Education and the Support to Get Through Them

Through Colleen’s K-12  and college education, she has experienced a few hurdles and some support along the way.

Equity in education is a common goal that many educators share throughout the world. To Colleen, if that same commitment to equity in education existed when she was in her K-12 education, things may have been less challenging for her.

She was given a Chromebook but didn’t have Wi-Fi at home. In order to use this Chromebook, she had to stay late at school. This type of access at home could have helped her get earlier access to computer science.

| Read about how Missy Hamilton helped all students at Murray City School District get 5g internet access from home.

As Colleen came into technology and coding, she experienced a lot of doubt from her peers. She stood out in her college classroom as an Asian-American female wanting to be a software developer focused on educational technology (edtech) and was marginalized for that.

She remembers her classmates often overlooking, or doubting, her and her talent when asked to create groups for group projects. Thankfully, Colleen had enough determination and skill to recognize that this doubt was invalid and untrue–”Codelleen” is an incredible coder and software developer.

“That was hard,” Colleen said. “I felt heartbroken that there are people that still have the mindset that you have to be a certain type of person to be in the tech industry. That was more heartbreaking than anything. I hope that other people in my situation don’t hear that because it’s not true. Coding is for everyone.”

It’s only been recently that we as a society have recognized the importance of mental health in the classroom. For Colleen, she lived in a world where mental health wasn’t prioritized or acknowledged.

“It was a secret,” she said. “I have ADHD and anxiety, and sometimes that combination can be challenging in education.”
There is still a lot of area for growth on this topic. Educators can implement proactive tools and practices that can have a positive influence on students and their mental health issues.

Despite the hurdles, Colleen has blossomed as a software developer working in an industry that she loves–education, and many have supported her along her journey.

The support that Colleen has from her family has helped motivate her throughout her life. Her parents have had a positive impact on her life and have shown her it’s possible to fulfill her dreams through hard work and determination.

Colleen’s siblings have also supported her throughout her education and career. They have helped her navigate two cultures and encouraged her–both vocally and by example–that she can and should pursue what she’s passionate about.

“She was my first ever representation of a woman in computer science,” Colleen said. “She showed me that I can be a developer and pushed me to apply to programming jobs on campus even without much experience. She made me realize that I had something to offer.”

For Colleen, seeing someone like her be represented in computer science showed her that she could pursue a career in software development.

Today, Colleen works on Skill Struck’s development team and focuses on making our platforms more accessible. She’s played a big part in helping our computer science curriculum be available in English and Spanish and was the lead developer in Type Station, our new typing platform.

“I have found that every person on the development team respects me and my insights,” Colleen said. “They appreciate what I bring to the table. They see me as their equal.”
“I love how we all come from different backgrounds and offer different perspectives. At the end of the day, we just love to code. And, we love Skill Struck’s mission.”

Lessons Learned From A DEI Perspective

Colleen’s story has taught us that:

1) There could be a diversity gap in computer science careers due to late exposure.

Not all students have the same level of access to new technologies in the home or at school, especially in the early grades. For that reason, students will get late exposure to computer science.

The conversations around equity in computer science education and the work educators are doing to make computer science more equitable can truly make an impact on the diversity gap in tech careers.

2) Being a female and a person of color in tech adds new complexities to the imposter syndrome.

Most developers feel the imposter syndrome when they first start coding. There’s still so much to learn in the field, and it’s only natural to feel like one doesn’t belong in such a highly-technical career.

Being a woman and a person of color in computer science adds a whole other dimension.

“Being a minority in a majority, you stand out,” Colleen said. “I wish I didn’t. I just love to code, and I happen to be a girl. I hope and desire that other people in a similar position, a person of color and a woman, would feel normal. I can’t wait until this is a more normalized thing.”

By giving kids earlier access to computer science and the technologies needed to learn tech skills, educators and communities can influence a student’s computer science journey. Together, we can make diversity normal in tech.

Colleen’s Vision of the Future

Colleen’s story continues, and we’re so excited to have her as part of the Skill Struck team. There’s still so much work to do in K-12 computer science education, and she has so much to offer.

For Colleen, she hopes that students using Skill Struck feel empowered and learn that the world is their oyster.

“The world is for them,” Colleen finished. If you’d like to learn more about implementing an equitable computer science platform with Skill Struck, contact us here. 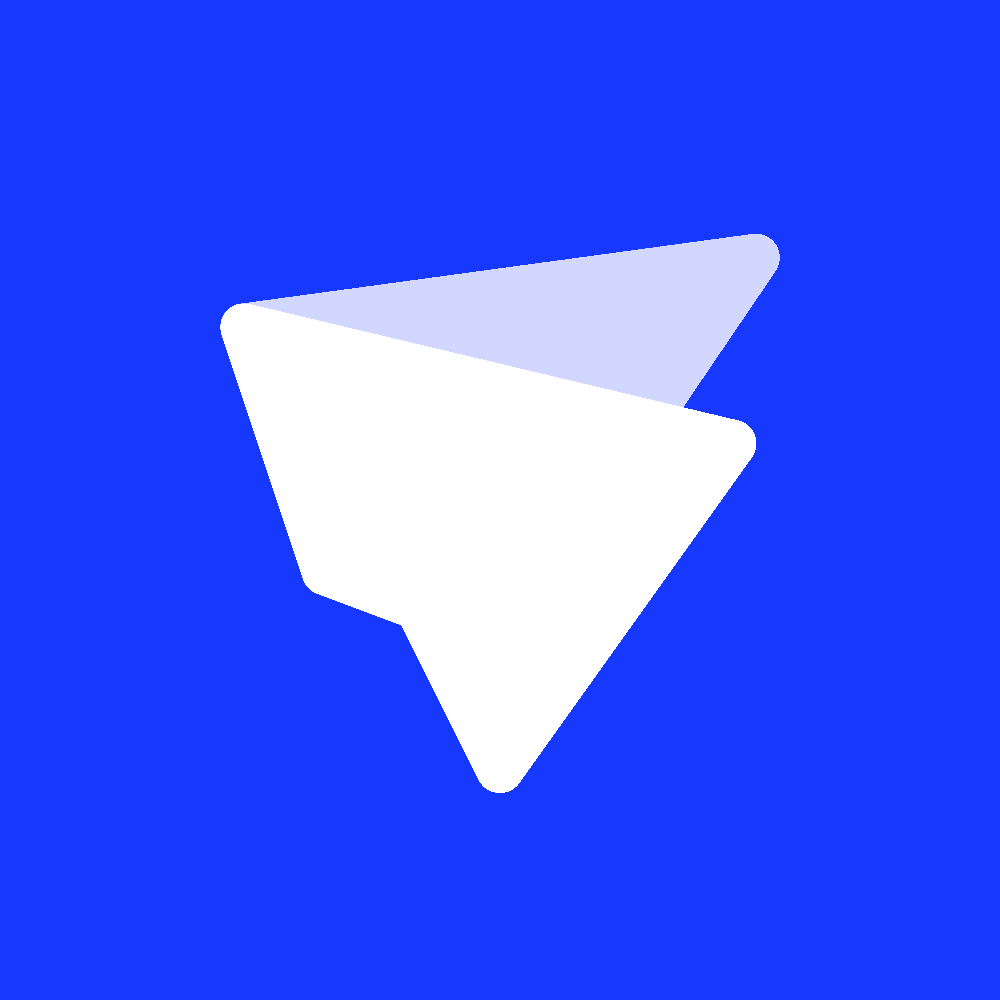 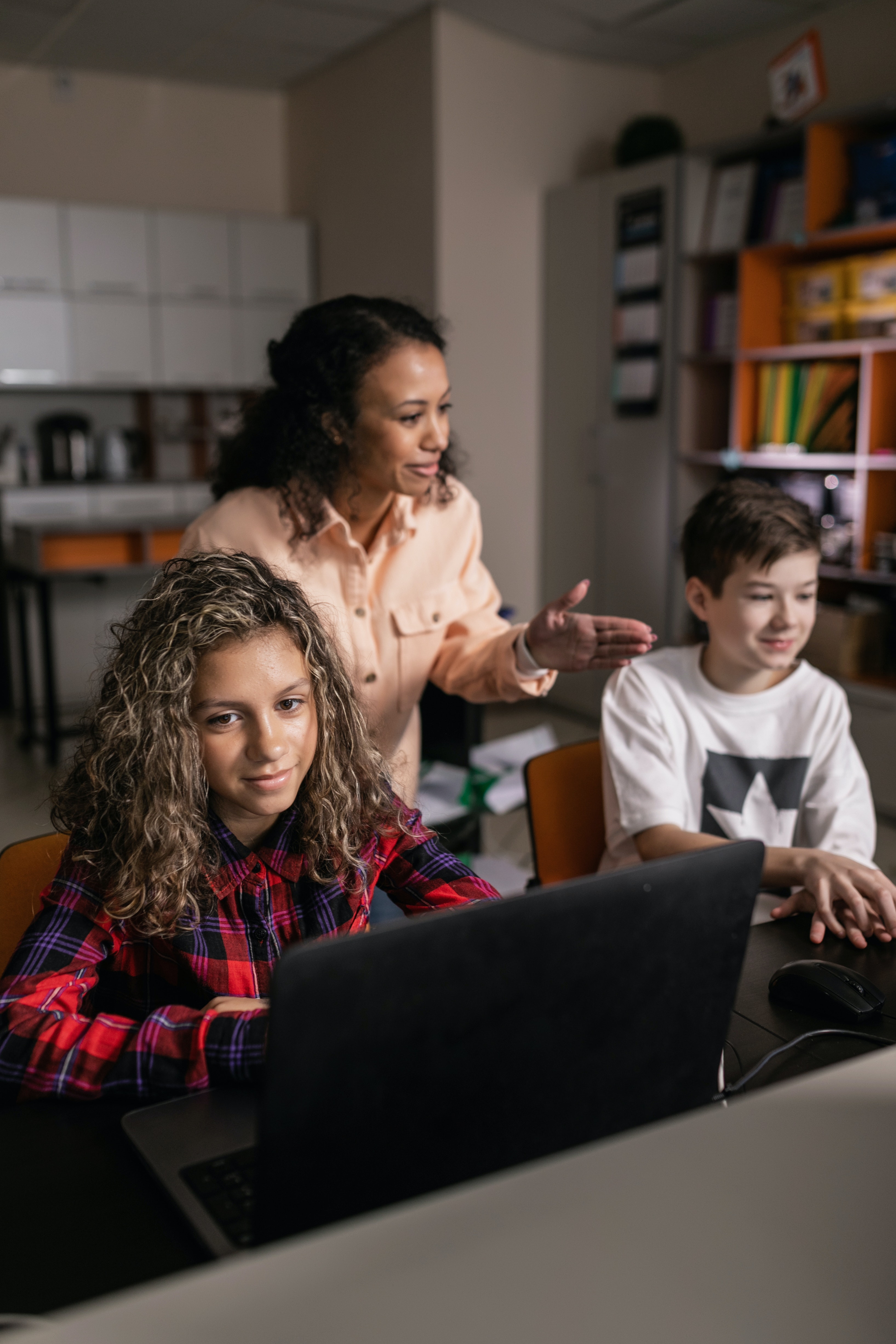 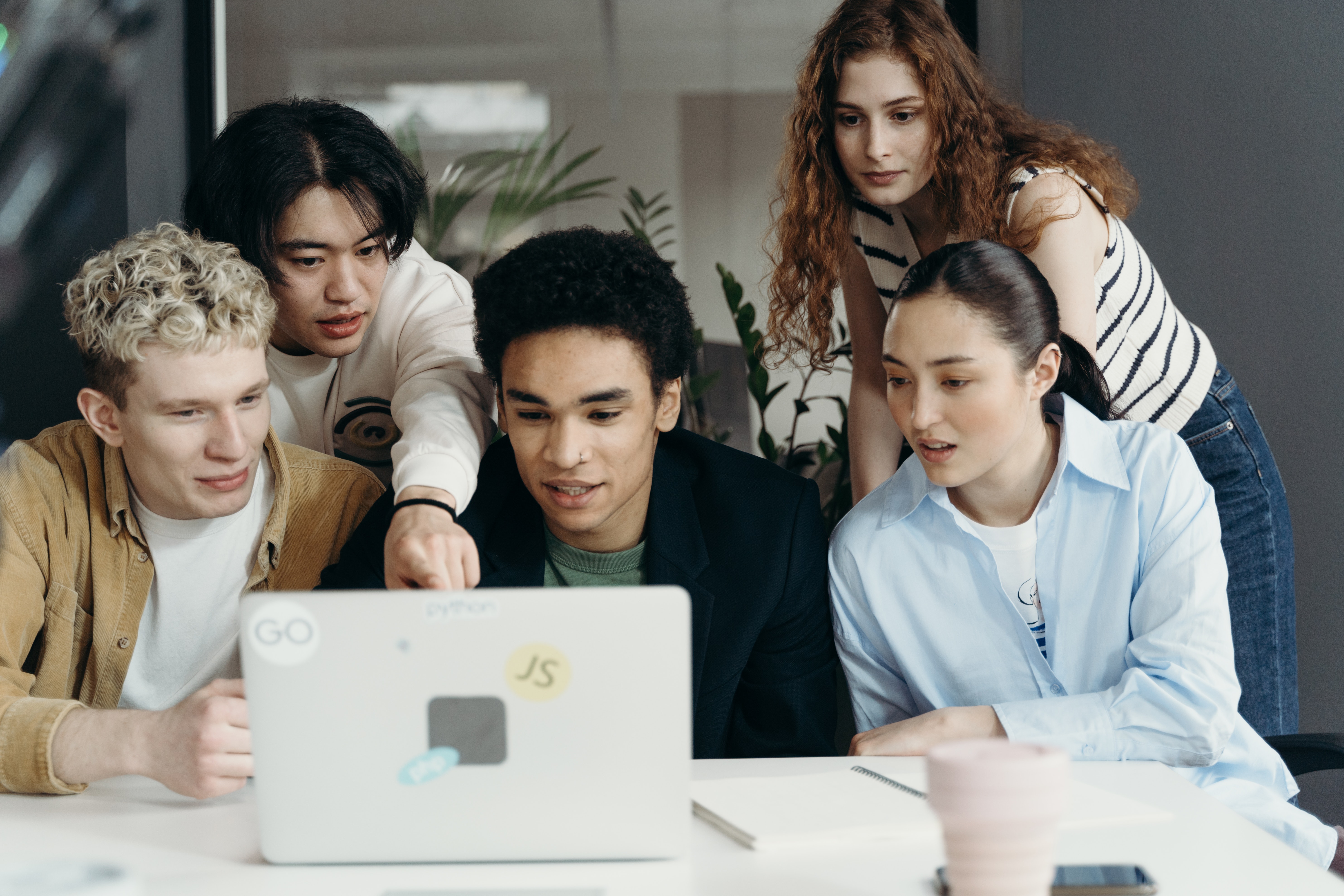 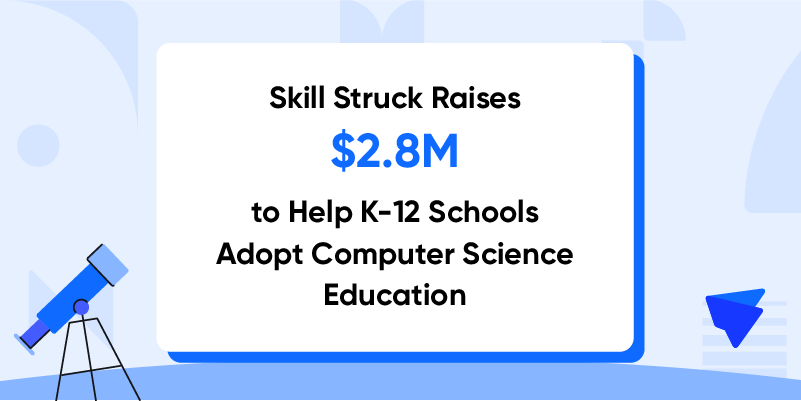